About the Tourist Association “Trapezitsa 1902”

In 1902 a group of patriotic citizens of Veliko Tarnovo set the foundations of the organized tourist movement in our town and region. Many famous intellectuals and people of different occupations are included in it. They adopt the progressive tendencies of the European society to influence the establishment of new knowledge, spiritual maturity and active emotional and healthy way of life through close contact with nature and acquaintance with the historical and tourist sights.

In 1905, the first free youth hostel is opened in Veliko Tarnovo. Through time the tourist idea in our town evokes sympathy in the social life and the values of the town. Even today many of the citizens of Veliko Tarnovo remember the inspiring and charming image of the Tourist Association Chairman before the Second World War Tsonyo Gerganov Director of the Popular Bank in Veliko Tarnovo, who leads the Association and gives a meaning to its events in the period 1924–1947. It is not an accidental action, when his two sons, subject of the United States of America, donate the house of their patriotic father to the Tourist Association. Many generations of tourists from Veliko Tarnovo remember the first tourist rest house in Bulgaria, built in the mandate of Mr. Gerganov, on the historical hill of Tsarevets. The Board of the trustees of the Tourist Association responds to the needs of the other tourist associations and renders them financial support in the building of the mountain hostels Skakavitsa, Chumerna, the mountain observatories on the peaks of Moussala, Mazalat, Ouzana and Tazha.

A great number of tourists from Veliko Tarnovo are listed as patriotic and socially involved people in the long period of existence of the Tourist Association Trapezitsa. On it are the names of Mosko Moskov, architect Georgi Kozarev, Leon Philipov, proff. Rafail Popov, the mayor of the town from the beginning of the twentieth century, Ivan Vitelov, the teachers Lyubomir Voynikov, Kancho Kanchev, Nikolai Daskalov, Deian Stankov, who posthumously is awarded as Honor citizen of Veliko Tarnovo for 2001 and many others. The loss of some of the tourists and alpinists, died in extreme conditions in the mountains of our country and in the name of the tourist idea, will never be forgotten by the people of our town.

In 1985, in honor of the 800 anniversary of the revolt of the brothers Assen and Peter, the alpinists of the Tourist Association “Trapezitsa 1902” organized a successful expedition to the highest peak of the Pamir mountain the peak of Garmo (7495m.) on its north ridge (the former USSR), which included five ascents. Petar Petrov, one of the alpinists in the five-member national team, performed the most significant technical ascent in the history of Bulgarian alpinism on the 2500 meters high South wall of the peak of Garmo. Petar Panayotov is one of the participants in the national expedition in 1989 and steps on the peak of Anapourna (8201m.) The same year our tourist association is a host organizor of the World Cup Competition Climbing Championship for men and women in the region of the convent St. Trinity. 180 categorized routes are equipped on the rock massif in the vicinity of Veliko Tarnovo and two artificial walls are built at the Technical secondary school and in the Sport Hall of the University of Veliko Tarnovo. Kalin Garbov is a European champion in 1995 and third in the World Sport Climbing Championship. Since 1995, when the tourists of Veliko Tarnovo carry out the first in the country student orienteering competition until nowadays, the Tourist Association is among the most active associations in the practice and development of sport orienteering. Numerous are the achievements of the competitors in orienteering from Veliko Tarnvo in state championships and the town has been a host of many competitions.

The most numerous, however, are the clubs of the trekking tourists. People of different age from primary school pupils to elderly people take part in the hikes in the areas near the town and in all the mountains of Bulgaria, organized by the Bulgarian Tourist Union and the tourist associations.

Opened is on September, 25th, 2009. The museum presents the rich history of one of the country’s first tourist association – “Trapezitsa 1902”, founded in 1902 in Veliko Tarnovo. Unique, one of a kind in the country, it shows the strong connection between tradition and modern performances and achievements in the field of tourism and tourist sports of the members of the Association. Through various exhibits – photos, documents, medals and other belongings., presents themes of nature, history and achievements of the organization since its establishment until today.

Valley, located between two arrays – Momina krepost and Arbanasi plateau, east of the town of Veliko Tarnovo. The narrowest part is in low at Yantra river and the widest – on the heights between villages Sheremetya and Arbanassi.

At its the upper end Ksilifor is divided into two parts: The small Ksilifor and Lakoto (from the names of two large and small fountains Malko and Golyamo lako, built along with roads to them during the Roman time).

The name of the locality comes from the Greek “ksilos” – wood, and “Foros” – carry (place of extraction, slide of wood). It is natural afforested, rich in underground caves and karst springs. From wildlife in the area are encountered mammals, but the greatest is the diversity of birds. The favorable climate, varied vegetation from forests, shrubs, grasses and herbs, and water bodies, make Ksilifor favorite place for tourism, sport and recreation near Veliko Tarnovo.

Sports tourist and recreation facilities in the area, managed by the Tourist Association “Trapezitsa 1902”, offer various opportunities for recreation (shaped corners with benches, tables and hearths, gazebos, playgrounds) for the practice of sport and tourism, training and competitive activities (beach volleyball, centers of challenges: relay-races, rope equipment and trolleys, climbing wall, polygon for sport orienteering, trails for mountain biking and crosscountry, water slalom in a small lake), for implementation of educational and art programs.

Among the creative emblems of Veliko Tarnovo is the held annually in June at Ksilifor and became already a traditional wood plastic Plenary, organized by TD “Trapezitsa 1902” in partnership with the Veliko Tarnovo Municipality and the Faculty of Arts at the University of “St. St. Cyril and Methodius “. In the natural park of the area are exhibited works of the project “Youth sculpture colony Ksilifor” - compositions and sculptures of wood, stone and metal, the biggest among which are wood plastics “A good dragon”, “Golden Apple”, “House of Baba Yaga “and” Scene library.”

As addition to the multifunctional capabilities of Ksilifor for tourism, sport, recreation and creativity are the tourist bases located in it, the homonymous hut and shelter, snack bar with terrace over the lake and Tourism Training Centre “Momina Krepost”.

From Veliko Tarnovo, except on the asphalt road from Neighborhood “Asenov” to Ksilifor can be reached along a marked hiking trail (red marking), which begins with a deviation to the left of the road after the fountains in the area Dulbok dol. The path continues with slight ascents through shady forest near the water flow in the valley and ends to the lake at front of hut “Ksilifor”. Passing time: 1 hour.

Late antiquity and medieval fortress is situated 2.3 kilometers east in a straight line from the center of Veliko Tarnovo and 0.65 km east of the Tsarevets hill on the right bank of the Yantra River. Natural protection of the hill has attracted the attention of early Byzantine strategists who were made it a strong fortress intended to protect deviation from the road Nicopolis ad Istrum - Kabyle to the city on the hill of Tsarevets. It was built at the end of V c., and is used by the Byzantines until the end of VI - VII c. During the Second Bulgarian Kingdom it is part of Tarnovo.

Routes Maps Books About the Association 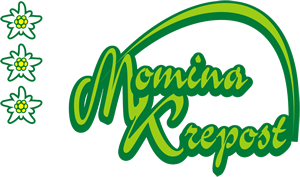 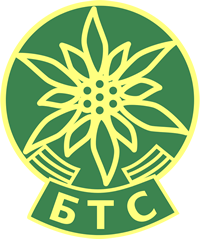